Millroy to compete for HubAuto Racing 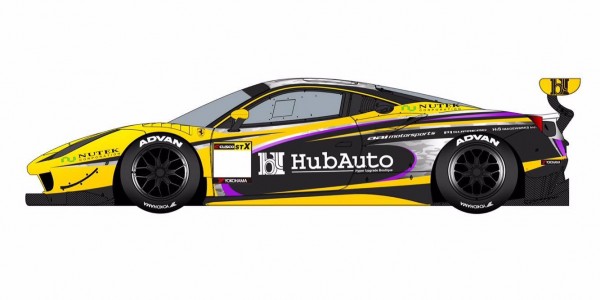 Having evolved from the N1 Super Taikyu Series introduced in 1990, the Super Taikyu Endurance Series is widely regarded as one of Japan’s most competitive sportscar championships, and sees drivers race across six different categories at some of Japan’s highly revered circuits, including Grand Prix venues Suzuka and Fuji.

With a wealth of GT racing experience behind him, the 25-year-old Briton is looking forward to expanding his impressive Asian racing portfolio even more in the Land of the Rising Sun.

“Competing in the Super Taikyu Endurance Series with HubAuto Racing is a fantastic opportunity to further develop my Asian motorsport career,” said Millroy. “This series is one of the most competitive and sophisticated of its kind anywhere on the continent, so I can’t think of a better way to prepare myself for my ultimate goal of competing in Super GT.

“The team has a vast amount of world-class technical expertise at its disposal, too, and all of us have gelled together very well, which is highly important for a driver when making their series debut.

“I’m also thrilled to have guys like Hiroki, Morris and Yuya as team-mates. It’s great to have their sportscar expertise on board, especially when driving a brand new car such as the Ferrari 488 GT3. It’s a dream for any racing driver just to compete in a Ferrari, let alone one that performs as well as the 488 GT3, so I can’t wait to see what she’s got when we hit the ground running at Motegi.”

Ollie will make his competitive Super Taikyu debut at Twin Ring Motegi for the first round of the 2016 season, which takes place on April 2/3.