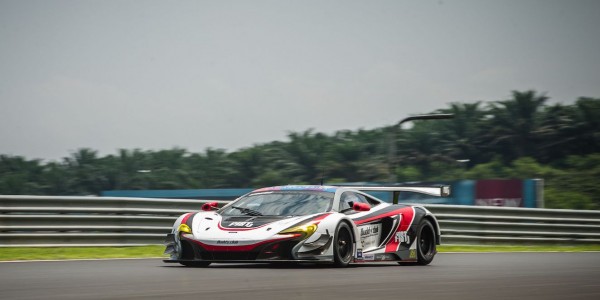 Professional sportscar driver Ollie Millroy will be re-joining Team AAI for the full Asian Le Mans Series 2016-17 season, with the aim to win the GT category and qualify for next year’s 24 Hours of Le Mans.

The 26-year-old has driven for the Taiwanese squad in the past two seasons, scoring six podiums out of seven races in total. However, Millroy and the team are aiming higher this year, with hopes that a switch to the McLaren 650S GT3 will give them a better shot at the title.

“There are going to be 31 cars overall this year, 15 of which will be GTs, so it will be extremely busy on track and very competitive,” said Ollie. “I’m really looking forward to getting out there, it’ll be my first time racing a McLaren in Asia. The plan with Team AAI is to try and win the class and secure a Le Mans entry for next year.

“The McLaren is really fast on the Michelin tyre, we’ve seen that in other championships, so I’m quite optimistic that we will be able to consistently fight at the front.”

The Surrey-based sportscar star will be partnering Jun-San Chen, who is also the team owner, for the second year running. The 53-year-old has previous success in the series, having won the GT title in 2014.

“I’ll be partnering Jun-San Chen again this year, which is great because he obviously knows the team very well,” Ollie explained. “With the change in the regulations this year, you must have a bronze graded driver in your line-up. It’s worked out well for us though, as Jun-San’s a very good bronze.

“We’re yet to find out who the third driver will be, I’m not sure when we will know, but I’m sure the team will make a sensible choice.”

The races will now be four hours long rather than three, with the first round of the championship taking place at the Zhuhai International Circuit (China), a track that Millroy is yet to experience.

“The first race will be in Zhuhai,” Ollie continued. “I’ve never driven there before, so that’s going to be interesting. I have commitments with McLaren in the P1 GTR programme, so unfortunately I’ll miss the first day of testing at the track. Friday will be a challenge but I’ve just got to get my head down, learn the car and we’ll be OK I’m sure!”